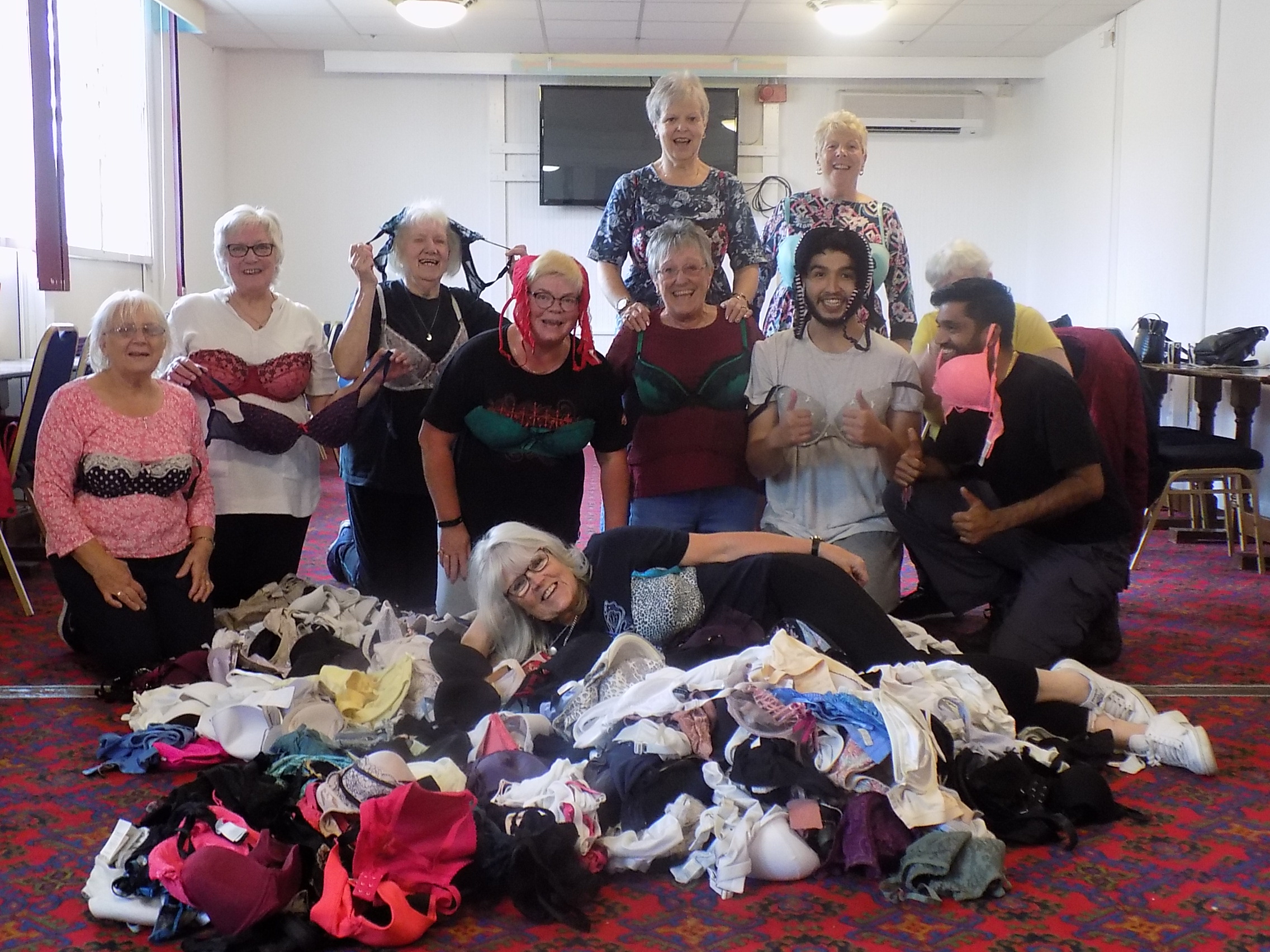 Residents of Stockland Green and the surrounding areas have donated a whopping 538 unwanted bras in aid of cancer research charity, Against Breast Cancer.

After just three months of collecting, the bra bank’s cup was definitely more than half full! Located at the Highcroft Community Centre, the initiative was organised by Mary Kennedy, Partnerships & Development Officer at The Pioneer Group. She says:

We’ve been overwhelmed by the kindness of our residents who wanted to support the fight against breast cancer. This simple and free initiative meant that our residents have made a difference on a number of levels. The donated bras are reused in Africa where they remain too expensive to produce locally and, for every tonne of bras collected, the charity receives funding for research towards detection, treatment and increasing survival after breast cancer diagnosis. Additionally, the donation point has created community connections and encouraged more ladies to join in our activities at the centre.

Highcroft Community Centre is being supported by Stockland Green Opportunity Housing and Training, (part of The Pioneer Group), whose aim is to bring about positive community regeneration and connections.

The bra bank’s success was also down to the extended networks of residents that use the community centre. Whole families and roads were encouraged to donate rather than throw away bras.

The initiative was part of Highcroft Community Centre’s drive to benefit charities without asking residents to donate money. Many of the bras came from members of the growing number of women’s groups and exercise classes held at the centre.

For every tonne of bras donated, the charity receives £700 of funding. The bra bank is helping to raise funds for research into secondary spread breast cancer, which now affects 1 in 8 women in the UK.

The same bras also help to support small businesses in Africa. Together with the charity’s recycling partners, the textile recovery project prevents these bras going into landfill, so helping the environment before giving them a new lease of life in developing countries such as Togo, Ghana and Kenya.

View a full programme of events at Highcroft Community Centre by clicking here.