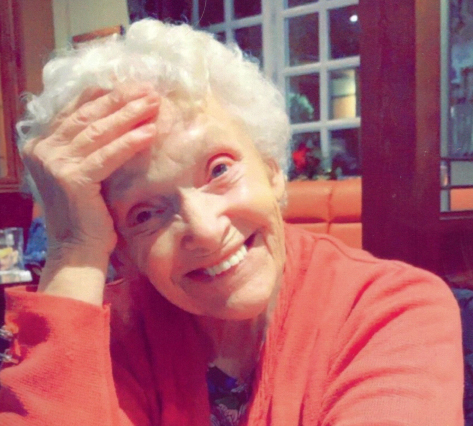 Violet, who is better known as Val, was born in Little Aston and lived her early years on George Frederick Road in Sutton Coldfield. She married her husband Bill in 1950, and went on to have six children, eleven grandchildren and two great grandchildren.

As the children grew up and moved away from home, Violet explains life became pretty dull without a house full of fun and laughter, so she and Bill applied to become foster carers.

Their wish was granted, and Bill and Violet provided happy homes for 89 children who all began their lives with these two loving parents. They gave them a good start in life until they were placed in more permanent situations such as with family or adoptive parents. Many stayed in touch, even for years later, sending photographs and news of how the children were progressing.

Val recently celebrated her 90th birthday in December 2019 and her daughter wrote to the queen to share her mothers’ wonderful work. Mrs Bryan then received a letter from Buckingham Palace with a photograph of Her Majesty and Prince Philip along with a warm sentiment.

Her Majesty was touched by your heartfelt tribute to your mother who, also with your father, provided not just a secure and happy home for you and your siblings, but to many children.

I was so shocked and delighted to get a letter from Buckingham Palace. It’s lovely to be recognised for something I loved doing – looking after children.

The children came from across Birmingham and we even fostered a child from Ireland whose mother had come to England looking for work.

The youngest baby we cared for was a new-born who had tragically been left in a paper bag in Rectory Park. Thankfully a young boy found the baby and rushed to the nearby Good Hope Hospital to get the baby checked-out before coming to us.

Whatever the need for the placement, or difficulties a child had been through, Val and Bill knew every child deserved a safe, loving environment and opened their hearts and their homes to all. They incredibly gave 89 children homes in just 20 years, starting in 1979 before retiring from their passion in 1999.

Since her husband sadly passed away 11 years ago, Val has lived at Phoenix Court in Castle Vale where her family visit her regularly.

Val revealed that life is full of adversity, as she has had many hardships of her own to bear, but the world is also full of love and it’s rewarding to share that with your friends, family and community.