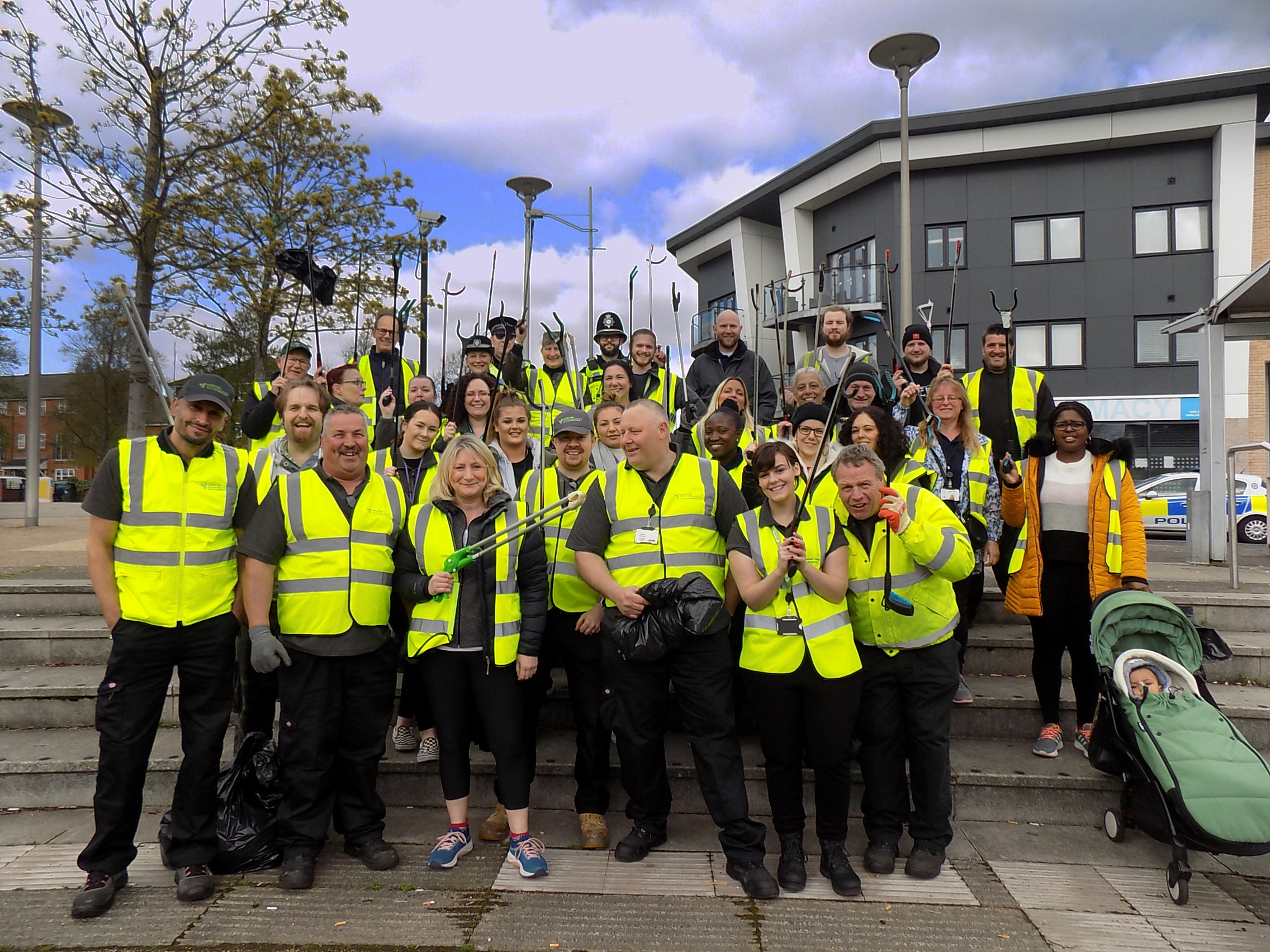 Led by the Estates Team at Castle Vale Community Housing, a team of volunteers from across the community embarked on a huge estate cleanup operation on 10 April 2019.

The cleanup was organised in support of The Great British Spring Clean, a campaign by Keep Britain Tidy to reduce litter, encourage recycling and improve the environment.

Over 70 people donned high-vis vests, grabbed litter pickers and black bags and gathered 146 bags of rubbish around the whole Castle Vale estate. After six and a half hours, the volunteers picked up the equivalent of a month and a half’s worth of normal household rubbish.

Angelina Lord, Estates Team Leader, led her team to recruit groups across the community as part of an ongoing effort to keep the Castle Vale estate looking attractive and welcoming for residents and said of the initiative:

It’s amazing what a difference we can make when everybody works together. Not only is litter an eyesore, but it is potentially hazardous to both residents and pets. The cleanup is the first step to encouraging a litter-free community, so that it’s a nice place to live, work and play for us all.

“The feedback from residents and those who took part has been extremely positive, with some of the volunteers wanting to continue litter clearing on a regular basis!

Following the cleanup operation, the Estates Team is embarking on an education campaign, encouraging residents to dispose of waste responsibly. Leaflets have already been delivered to local schools and businesses, while residents learned more about local waste disposal at the first Community Chat event held at Greenwood Academy 11 April 2019.

High-vis vests and litter pickers will be available to those interested in keeping their area clean from reception at The Pioneer Group 11 High Street, Castle Vale.