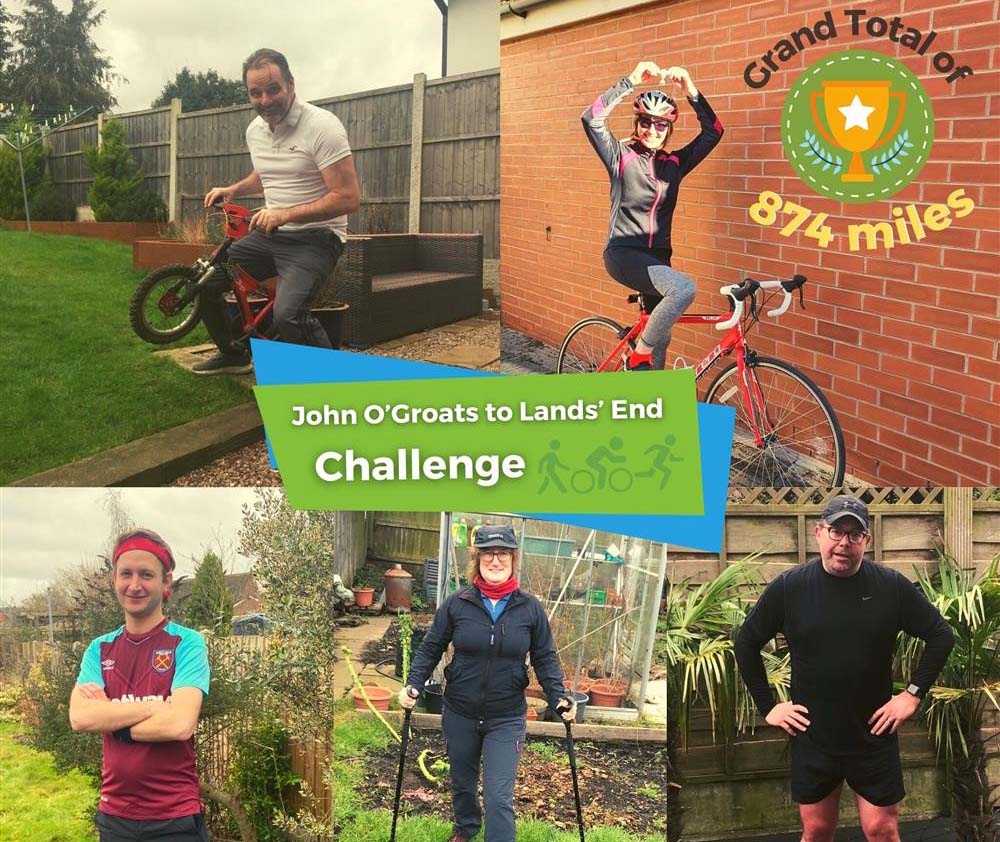 We are thrilled to announce that members of The Pioneer Group’s leadership team have successfully completed a virtual ‘John O’Groats to Lands’ End’ challenge in 45 days to raise money for our nominated charity, Alzheimer’s Society.

Land’s End to John O’Groats is the furthest possible distance in the British Isles and the team completed the race in 45 days on 14 April, covering an average distance of over 19 miles per day.

Each year The Pioneer Group’s employees vote to support a charity and it’s been our pleasure this year to raise money for Alzheimer’s Society, our nominated charity, and the fantastic work it does.  Thank you to everyone whose donations have helped us to raise more than £1,200 for this important cause so far, with more still coming in.

The Alzheimer’s Society’s mission is transforming the landscape of dementia forever.

Until the day we find a cure, we will create a society where those affected by dementia are supported and accepted, able to live in their community without fear or prejudice.

Dementia is the UK’s biggest killer. Someone develops it every three minutes and there’s currently no cure.  The Alzheimer’s Society campaigns for change, fund research to find a cure and support people living with dementia today.  If you would like to make a donation to Alzheimer’s Society, please go to Our Just Giving page.