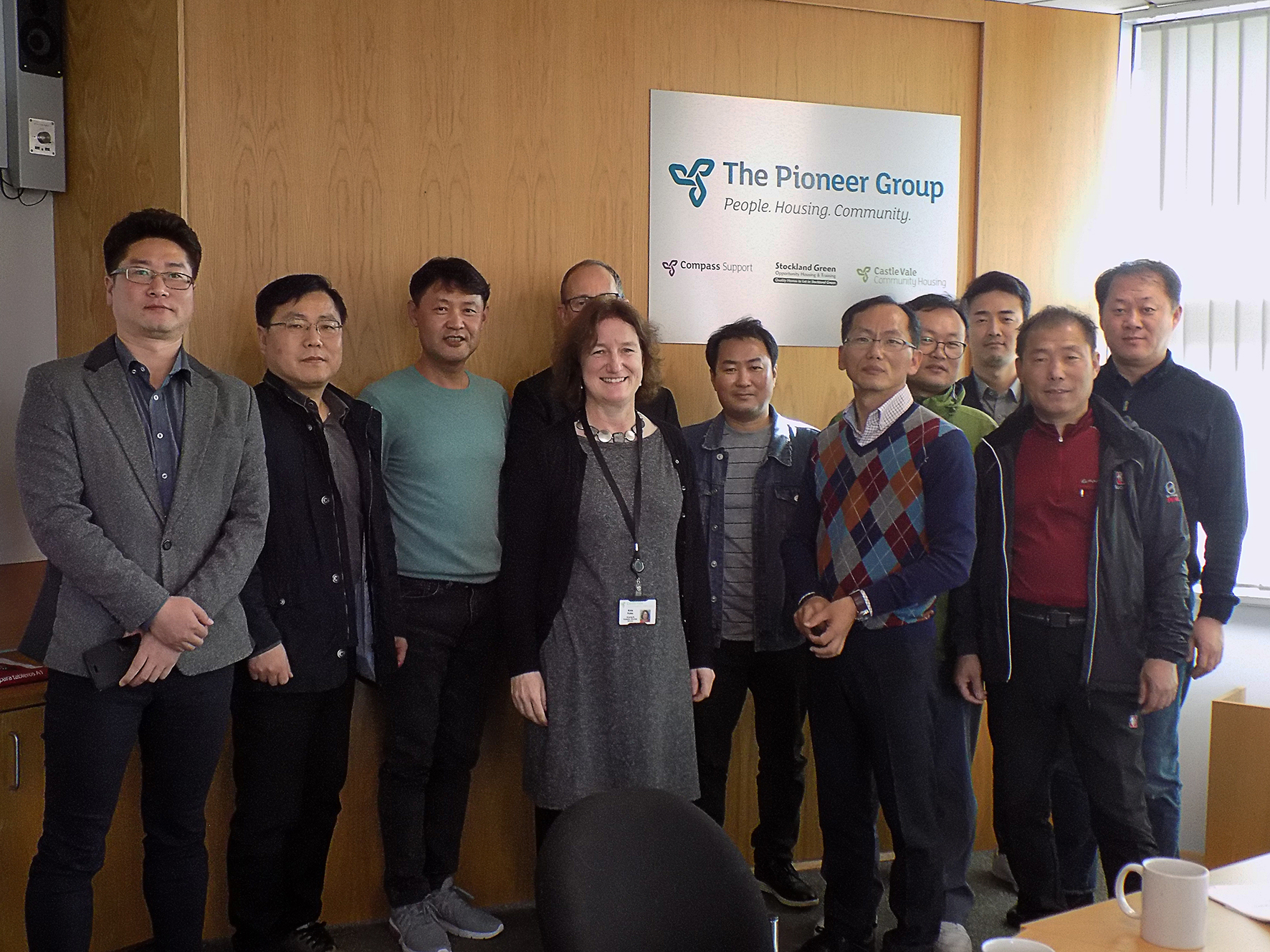 Ten senior members of the South Korean Press Association visited The Pioneer Group on Monday 22nd October to hear the story of how Castle Vale was turned around through major regeneration, in the 90’s and early noughties, and has been successfully sustained since.

Kate Foley, Director of Housing and Customer Services at CVCH, and Ifor Jones, Head of Communities, presented on the journey; from the new estate built in the 60’s, its decline over a generation, subsequent transformation through the Housing Action Trust and the work done since then to sustain the regeneration.

To demonstrate the transformation, historic photos of Castle Vale were provided followed by site visits to include the Community Campus, Police Station, Centre Park, the Sanctuary and Farnborough Fields.

The visiting delegation were looking for successful case examples of how urban regeneration has been sustained. A key focus was also how resident and community leadership has steered and directed change within and beyond the regeneration activity itself. The committee were pleased with the outcome of their visit, as Castle Vale’s story is one that ticks the box in terms of the brief they had set.