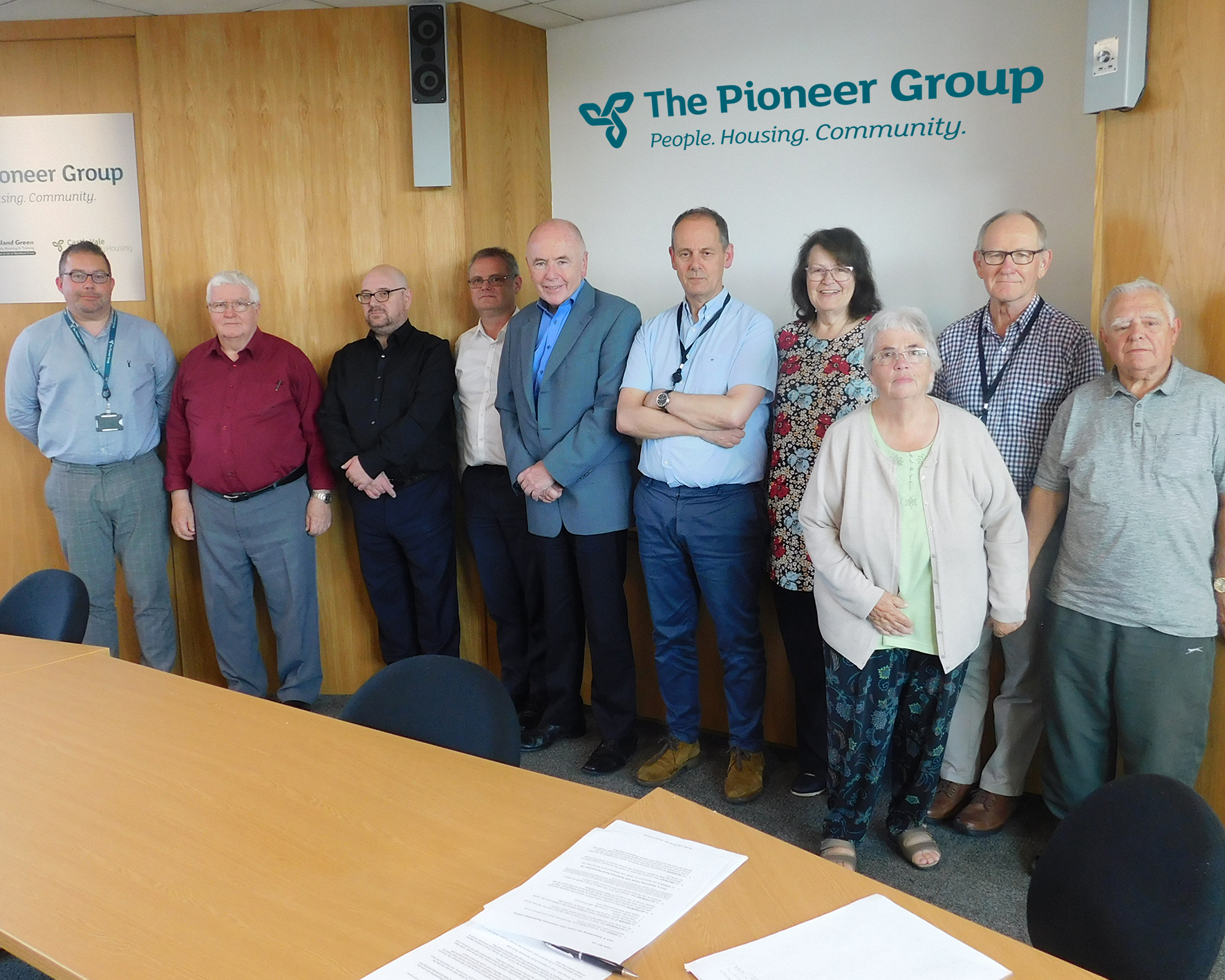 The Pioneer Group is launching the brand-new Castle Vale Community Partnership (CVCP) to monitor the next five-year Neighbourhood Plan, which promises to deliver a better Castle Vale.

The new partnership will replace the highly successful Castle Vale Neighbourhood Partnership (CVNP) which will cease to operate in December 2019.

Castle Vale has been recognised as one of the country’s leading examples of sustainable community regeneration, and much of this success is down to the community-led programmes championed by the CVNP and The Pioneer Group.

Incorporated in 2004, the CVNP has served Castle Vale for 15 years and has been instrumental in transforming the area through three five-year neighbourhood plans promoting economic growth, social cohesion and environmental wellbeing. The plans turned Castle Vale into a place where people actively seek to live today.

The new CVCP will focus on monitoring the delivery of new which offers Castle Vale residents a clear long-term vision and priorities for continued neighbourhood improvements, including better health and wellbeing and employment prospects. Specifically, the plan focuses on:

Key local partners that will support the delivery of the plan include representatives from schools, West Midlands Police, the City Council, Compass Support, Castle Vale Community Housing and local charities.

The focus of the partnership is on the 10,000+ residents in Castle Vale but also includes the economic opportunities from nearby Castle Bromwich JLR, Fort Dunlop, Fort Retail and the many industrial parks in the area.

The CVCP will also build alliances with other neighbourhoods as part of Birmingham City Council’s Working Together in Birmingham Neighbourhoods project. Already given Pioneer Ward status by the council, the CVCP will be working on funding initiatives and environmental projects with Stockland Green, Falcon Lodge, Bromford, Stechford and Castle Bromwich teams.

The new partnership will be unincorporated, meaning that running costs will be lower. It will retain its independent role and resident leadership, with the current independent chair will continue in his role until January 2021, as will the current resident members.

A growing pool of experts will contribute to the CVCP and The Pioneer Group is actively seeking practitioners with expertise in relevant areas such as economic development and public health to inform strategies for tackling these issues through the Neighbourhood Plan.

Ifor Jones, Head of Communities for The Pioneer Group said:

“We are extremely proud of the transformation achieved over the last 15 years. Castle Vale is in a stronger position than ever.

“Now is the time to use that momentum to improve even further, whether that’s enhancing educational attainment and skills, growing access to jobs or tackling poverty, the CVCP will be pivotal in the growing success of the Castle Vale regeneration.”