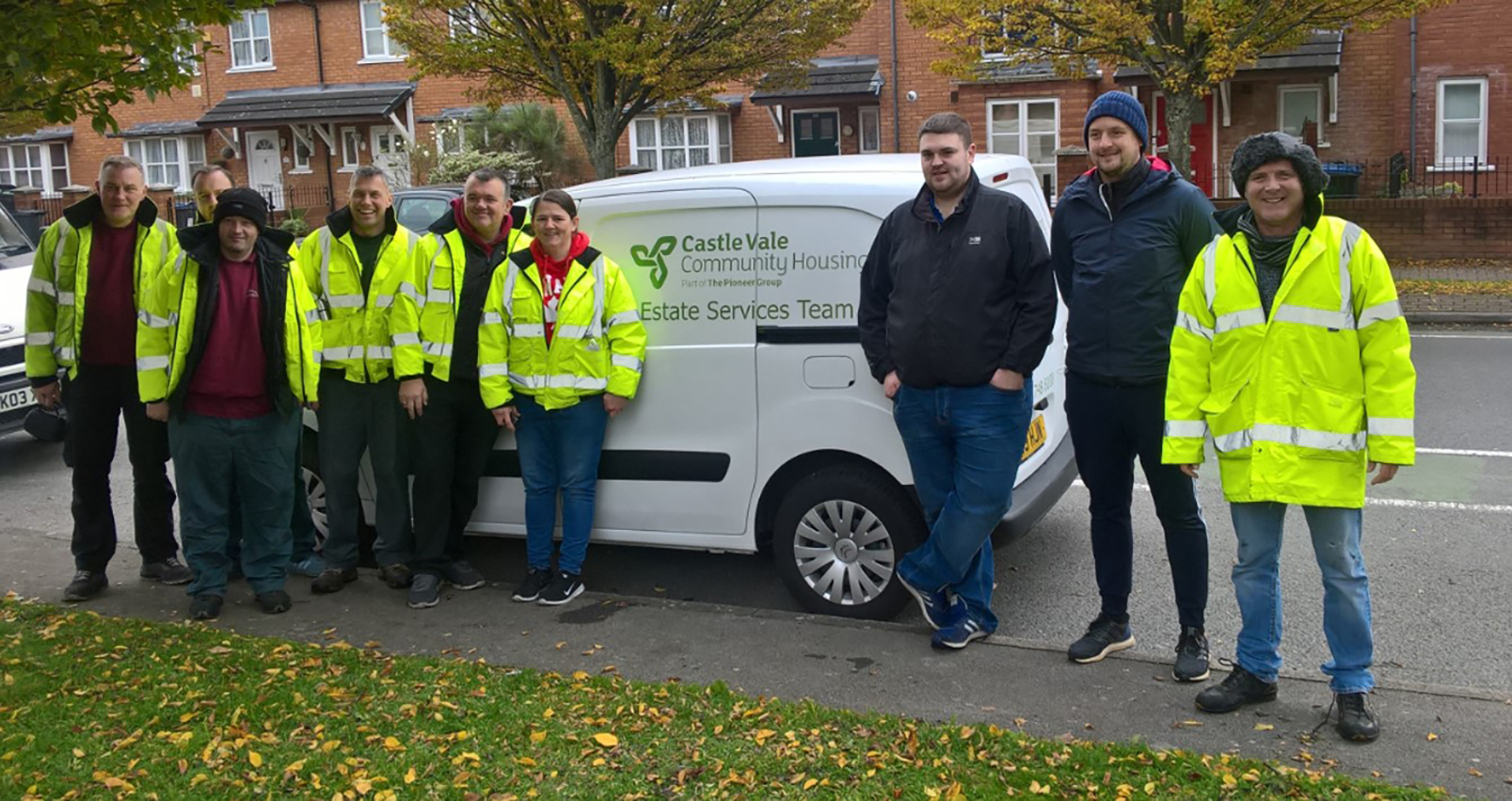 A nine-person team from JLR’s Castle Bromwich plant spent a day with The Pioneer Group’s two resident painters to smarten up railings in Castle Vale.

Liam Hannon and Michael Sale are becoming familiar faces around the Castle Vale estate as they make their way around giving the area a fresh look. The community caretakers were taken on earlier this year to paint the six miles of metal railings around the estate.

Sadly, the weather has been against them, so after a call for help on Facebook, Estella Herbert, a production leader for JLR’s Sports Car facility, Body-in-White and Trim Team, responded.

A JLR volunteer team was assembled to scrape down railings with wire brushes, spot prime and apply a smooth metal paint. Under the supervision of the caretakers, railings for eight houses were transformed in record time.

We wanted to use our shutdown period to do something to help the community, but it’s not just the people of Castle Vale who benefit. Painting the railings helped us to bond some more as a team, so it was a win-win situation.

We thoroughly enjoyed the experience and we know that a lot of people from our plant will benefit too, as the estate looks smarter and it’s all part of making Castle Vale a nicer place to live. We would recommend volunteering with The Pioneer Group painting team, as it’s something different and gets you outside.

We’d like to say a massive thank you to the JLR team, some of whom lived locally so knew the estate. We had a fun and very productive day.

To find out about further volunteering opportunities for corporates or individuals, do get in touch with Liam Hannon by email Liam.Hannon@cvch.org.uk or phone 07725 958235.