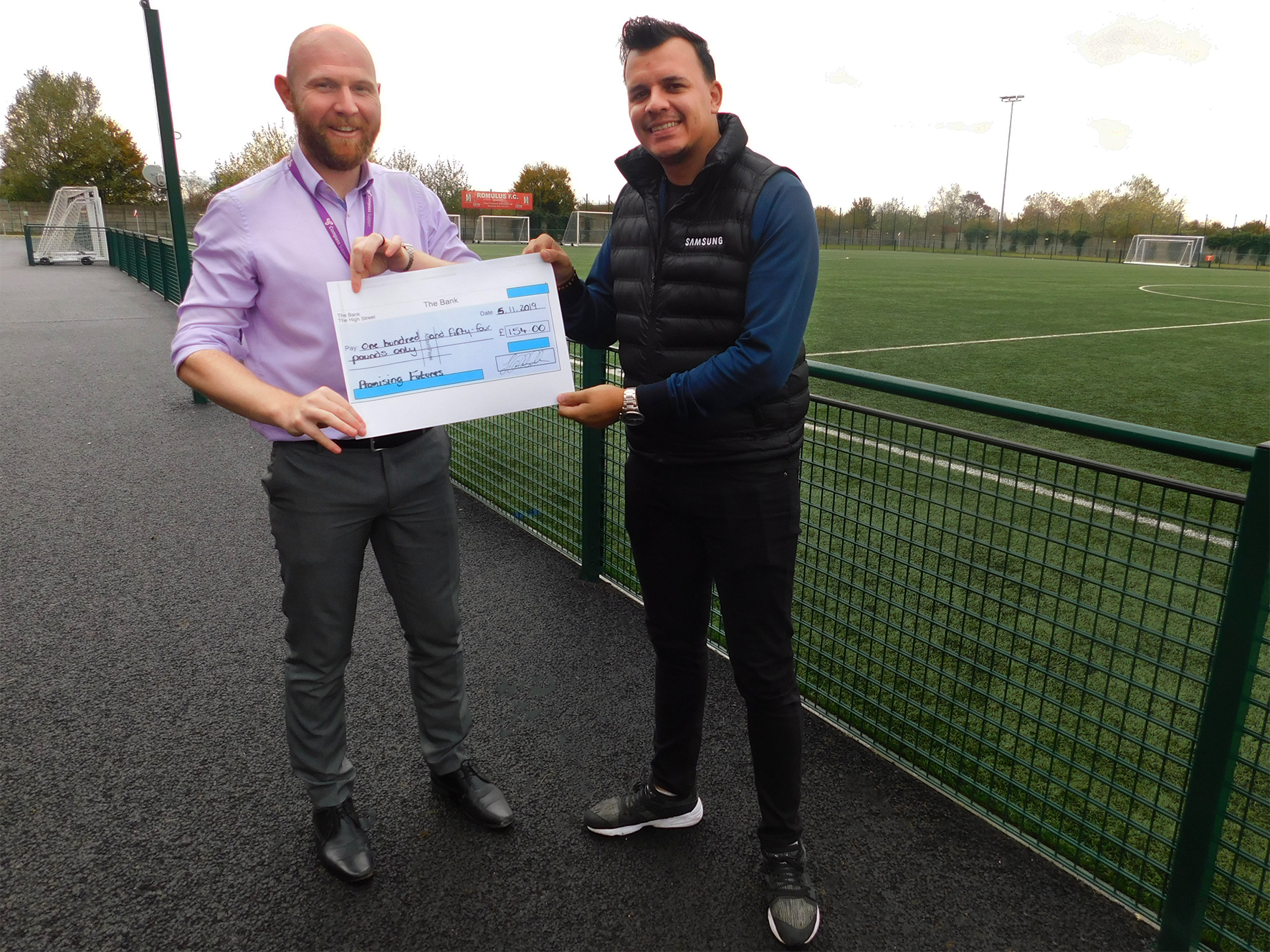 Football fans from Samsung Mobile UK have recently collaborated with Compass Support and presented a cheque for over £150 to local charity, Promising Futures.

The Samsung team organised a five-a-side football match to raise money for the charity which enhances the life chances and opportunities of young people in Castle Vale. Held after the packed Castle Vale Festival this August, the twelve-team tournament was won by mobile network operator THREE and was followed by awards and live music.

Josh Cumberbatch works for Samsung, and their experiential marketing agency Blue Square, and was instrumental in getting the event and teams in place. He explained why Samsung chose to support Promising Futures:

The charity’s aim is similar to Samsung’s marketing campaign #DoWhatYouCant which is designed to encourage people to go out, try their best and do what they want.

The tournament was played in a friendly manner and really reflected the spirit of the great game. Overall it was a very competitive event with a lot of laughs and even some hands-on experience on some of Samsung’s new devices.

We all had a brilliant time and are proud to raise money for such a worthy charity.

While Samsung is not based in Castle Vale, the event was organised by Josh Cumberbatch, Area Development Manager for (Blue Square on behalf of) Samsung, who has close links with the estate and was able to recommend the stadium for its state-of-the-art FIFA accredited 3G pitch and the newly refurbished bar.

Together with his father Ervin Cumberbatch, Josh runs the Under 9’s Castle Vale Town FC which holds training and match days at Castle Vale Stadium.

Phil Harris, a Health Project Worker for Compass Support, the charitable subsidiary of The Pioneer Group, helped co-ordinate the arrangement. He commented on how valuable the backing of external organisations is for the young people in Castle Vale:

With the help of larger companies, the youth at Promising Futures can undertake a lot more activities. We are thrilled that Samsung sponsored the event in full, supplying the prizes and medals to support a worthy cause as this charity.

Donations are used to support young people experiencing hardships and widen horizons for those that may not otherwise get a chance, which resonates with our values.

We hope the event will encourage more physical activity in Castle Vale, and also inspire more individuals to take part in our initiatives.