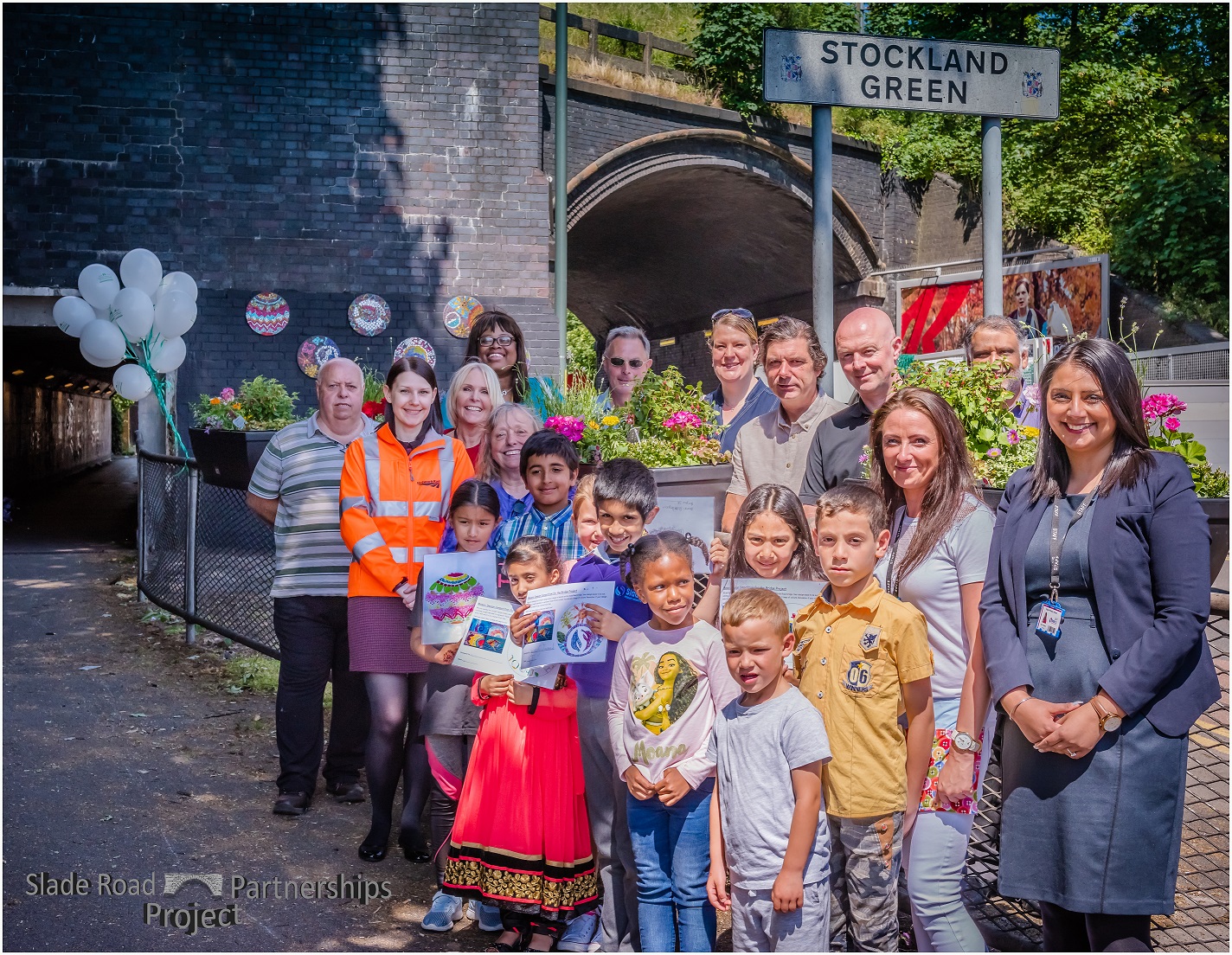 A busy gateway to one of Erdington’s key districts has been given a revamp thanks to a community effort, including youngsters from a nearby primary school.

A busy gateway to one of Erdington’s key districts has been given a revamp thanks to a community effort, including youngsters from a nearby primary school.

The Cross City line railway bridge in Slade Road marks the entrance to Stockland Green – one of the main arterial routes into Birmingham which is accessed by more than 11,500 cards each day and a huge number of pedestrian and bike users.

Last week those using the route will have seen a marketed improvement to the area which had become synonymous with fly-tipping – as residents, children from Slade Primary School, local agencies and businesses joined forces to create a bright floral welcome including colourful plant troughs and mosaics.

“Slade Road is frequently targeted by illegal fly-tippers and although endeavours to clean the area are relentless, they’re also extremely costly which means the work to improve the infrastructure of the area is generally beyond our reach.

“It is upsetting to see Slade Road and Stockland Green defined by its problems and the ward advisory board is always looking for ways to highlight the best of Stockland Green but they have really surpassed themselves this time!”

The SGWAB is a network of local people and agencies who work in the best interest of area.

For many months, children from Slade School have worked with volunteers from Marsh Hill Allotments to identify and plant hardy but beautiful plans into troughs which have been hung over the railings by the bridge.

The children have also created six mosaics which celebrate the diversity of Stockland Green and theses have been placed on to the structure of the bridge welcoming the huge numbers of people accessing Slade Road each day.

“The children have really enjoyed the project and have brought their fantastic creative skills to the designs.”

“This is such a positive project. The generosity of people in Stockland Green never ceases to amaze me – the amount of time that people give willingly is humbling. Birmingham Council and Network Rail have also shown a real willingness to get the project off the ground and we’re delighted to have made contacts with the local business community via Nigel at Evolve Shopfitting Limited and the team at Hall’s Garden Centre”

Councillor Holbrook hailed the Stockland Green community for what it has achieved and added:

“Everyone involved in the project has shown a genuine understanding of the brilliant work that can be done by bringing together like-minded people and agencies.”

“To invest time, energy and belief in an area which has been ignored for so long is really heartening. This is such a brilliant example of how communities should work together and the impact on the children will be influential for all the right reasons”.